THE first pictures of the “most futuristic hotel in the world” have been released, showing people what they have to look forward to come next year.

The resort’s developers, Red Sea Global, are hoping to open the space-aged Sheybarah Resort, which will be in Saudi Arabia, to the public by 2024.

It will be located on the uninhabited Shaybara Island, situated 45-minutes by boat from the mainland.

According to the developers, the site is home to a highly diverse environment with dense mangroves, desert flora, white sand dunes beaches, coral flats and sea grass.

They also say it is home to some of the most beautiful and pristine coral reefs in the world hosting many species of birds, fish and other marine animals.

The designers say that the primary goal of the project is how best to preserve and enhance the biodiversity in the surrounding habitat, while offering a luxurious experience that will attract visitors from around the globe. 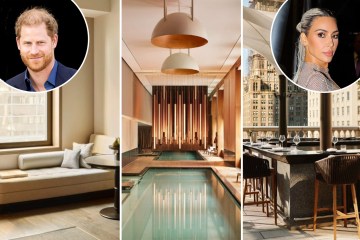 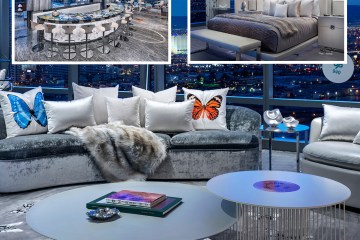 Part of the aim is to “rebrand Saudi Arabia as a top tier marine eco-tourism destination”.

The first of the hotel’s overwater villas arrived at the Red Sea tourism spot this month, with 73 of them to be installed before opening day.

“These space-aged orbs are the first batch of 73 overwater villas for our iconic Sheybarah Resort at The Red Sea.”

The hotel promises to lead the way in green technology as an off-grid, zero-energy and zero-water development.

It has been designed by company Killa Design, who also created the Museum of the Future in Dubai.

Sheybarah will be powered entirely by an on-site solar farm, while fresh water will be supplied by the resort’s own desalination plant, which will also be solar powered.

The island will also have its own recycling plant, to reduce the need to bring materials to the island and minimise waste.

When complete, the hotel will be able to house 140 guests and 260 staff.

The resort aims to provide a visitor experience where “guests can be exposed to and learn about the approach that goes into making the project a truly self-sustained human development”.

Visitors will arrive via a sea-plane arrival pier from where they are shuttled by driverless buggies to the inner lagoon.

Guests will then be guided to the lobby and all-day dining area, which provides access to the network boardwalks and buggy paths that serve to link the site.

To the north of the site are the coral reef water villas, beach villas and signature restaurant, all on “small tranquil islands”.

The southern boardwalk leads to the lagoon villas and a unique spa experience with a pool and fitness facility.

At the western end of the lobby, guests can access outdoor recreation facilities, such as the beach, sports courts and a guest diving and snorkelling centre.

The back of house areas, staff facilities, the solar farm and other support areas will be hidden within the landscape of the island.

Accommodation specialists Hotelier Middle East have said it will be “one of the most futuristic hotels on the planet”.