Anything involving LEGO is fun, right? Erm, as anyone who’s ever stepped on a LEGO brick will tell you, no, those damn plastic things can be a nightmare under the wrong circumstances.

And just when you think it can’t get any worse, you have kids, you buy them Duplo because you want them to grow up loving LEGO as much as you do, and then you find out that stepping on a Duplo brick is about 15 times more painful than the worst of what the regular LEGO can throw at you. One more reason to think twice before having children.

Anyway, now that we’ve got that out of the way, let’s focus on the video below. Anyone with more than two pieces of LEGO and a camera has thought at some point about making a stop motion movie, but either they couldn’t think of a decent script or life simply got in the way and so the actual production never came to be.

If only they were stuck at home for a month or two with nothing truly productive to do… Yes, a sharp peak in the number of LEGO stop motion movies might have been one of the benefits of this year’s lockdown (don’t quote us on that, though), or maybe it was just IIHS Senior Research Engineer Becky Mueller who thought it was the perfect time to try her hand at directing a short production.

“I’ve wanted to be a car crash test engineer since I was 10 years old when I saw the first IIHS crash tests on TV,” she says. “I even used to build Lego cars and crash them into a Lego wall.” Oh, Becky, we’ve all done that one way or another. What’s the point of having something made out of lots of small parts if you’re not going to smash it just to see it come apart?

According to the video description, it took Becky two months, 1,000 LEGO bricks (we’re surprised it’s not more), and 1,500 individual photographs to put this 90-second clip together. Right, now we remember why we never got into stop motion LEGO movies: it’s too much work and we’re too lazy. 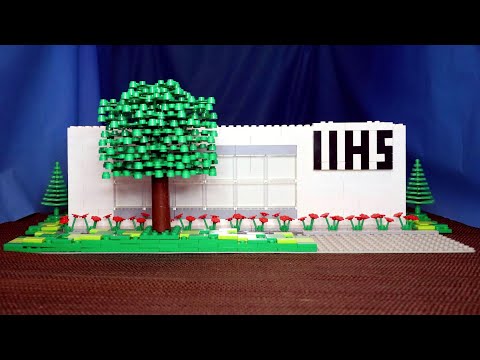