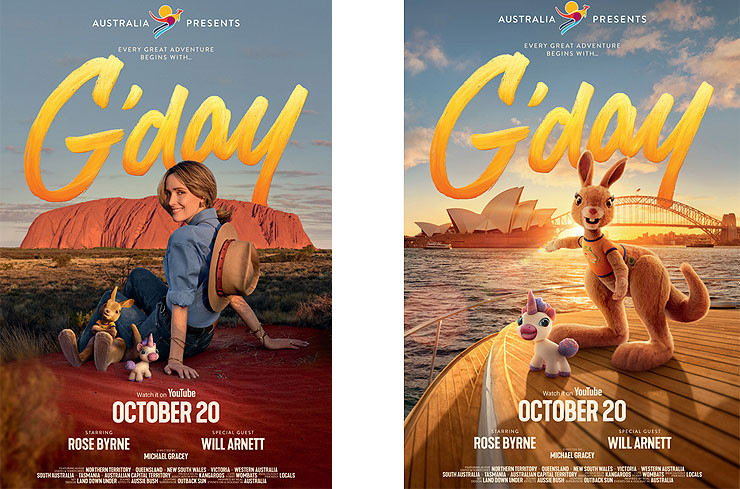 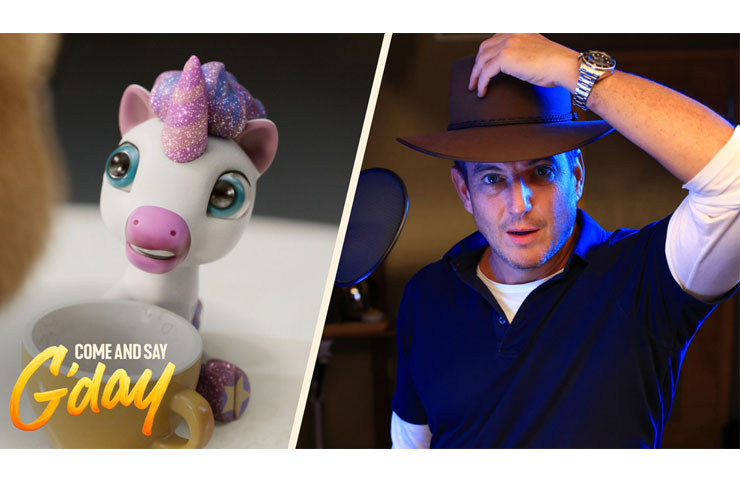 As the airline launches new service connecting DFW with Melbourne on December 3, 2022.

Tourism Australia and Qantas have joined forces to extend a warm and welcoming invitation to American travelers as part of the recently launched Come and Say G’day campaign by the national tourism organization. This comes as Qantas launches a new service between Dallas-Fort Worth, Texas and Melbourne, Victoria four times a week starting December 3, 2022.

The multi-market partnership, which includes the United States, incorporates a series of new co-created 15 and 30 second TVCs and social assets, designed to inspire travelers to plan and book an Australian adventure. The campaign’s short film, G’day, also became available to view globally on all Qantas aircraft inflight entertainment on December 1, 2022 in time for the new route launch.

The co-created TVCs show Tourism Australia’s Brand Ambassador, Ruby, a souvenir kangaroo who is brought to life with CGI animation, onboard a Qantas aircraft enjoying the warm Australian hospitality offered by Qantas.

Qantas Group Chief Marketing Officer Petra Perry said the partnership showcases how to plan and book trips to Australia with Qantas and encourages international visitors to discover regional centers as well as its major gateway cities.

“Qantas is proud to be the airline partner for Tourism Australia’s Come and Say G’day campaign. In addition to driving inbound visitation, the campaign is building awareness that international tourists can easily travel directly to Australia and explore over 65 destinations across the country when they choose to fly with Qantas.”

Tourism Australia’s Vice President for the Americas, Chris Allison, added, “Tourism Australia is proud to be partnering with Australia’s national carrier, Qantas. The partnership is designed to inspire and encourage more travelers to come and say, ‘g’day’ and have a trip of a lifetime Down Under.”

“Customers who travel with Qantas, will not only receive a warm Aussie welcome from staff, but will also be able to watch G’day the short film, as part of the inflight experience before they land.”

Directed by Michael Gracey (The Greatest Showman), G’day the short film follows the unlikely adventures of Ruby, voiced by beloved Australian actor Rose Byrne, and a toy unicorn, Louie, voiced by actor Will Arnett as they travel around Australia visiting iconic sites.

Travelers on the new Qantas route will arrive in Melbourne, known for its laneways filled with colorful street art, alfresco cafes, wine bars and boutiques. This artistic city’s renowned institutions await to be explored, including the Melbourne Museum and its new Indigenous Tyama: A deeper sense of knowing interactive experience, and the dining scene offers diverse flavors such as Big Esso at Federation Square featuring contemporary Indigenous dishes.

It is easy to experience Melbourne’s eclectic neighborhoods as the city is connected by its recognizable trams that travel the city’s boulevards and thoroughfares. Travelers can spend a casual day bayside on St. Kilda’s Esplanade and Acland Street, discover upscale shopping on Church Street in Prahran or indulge in bohemian dining rooms in Brunswick and Fitzroy.

The partnership will be live in the United States through December 18, 2022, on social media, YouTube TV and streaming sites Amazon Prime Video and Roku. A second wave is slated for the United States in January 2023.