Mark DeOpsomer of Bozeman, Montana, is a backpacker with lots of miles on his soles. For almost four decades he’s gone to the remotest corners of the Northern Rockies.

On a recent trek 24 miles into the Bob Marshall Wilderness in Montana, he was relaxing along the banks of a creek, when out of nowhere a pack-rafter floated by. “I’d never seen any rafters before in The Bob but now they’re all over the place,” he said.

A few weeks later, he was driving to a trailhead at the end of a bumpy 50-mile-long dirt road along the Wind River Range of Wyoming. “There’s a game we like to play guessing the number of cars you expect to see in the parking lot,” he said. “Given that this is a strange year, I thought maybe 30. But there were over 200 and the scene was total mayhem.” 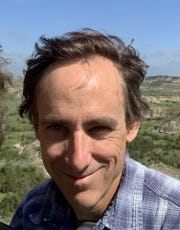 At Forest Service campgrounds near Jackson, Wyoming, piles of human waste and toilet paper were ubiquitous and so was litter. The smelly messes were spread throughout an area in the middle of public land frequented by bears, including at times the famous Jackson Hole Grizzly 399 and her cubs.

When talking with managers of state and federal public lands these pandemic days, two issues popped up: what to do about large amounts of human feces deposited in wild places and how to handle far too many visitors. Both issues have served as a wake-up call to both land managers and environmentalists about the downsides of recreation.

“It’s like we’ve stared into a future that wasn’t supposed to arrive for a few decades,” said Randy Carpenter, who works with the community-planning organization FutureWest, in Bozeman. “The crush of people and the ecological impacts of rising recreation uses is right here, among us – right now – and it’s transforming the character of wild places.”

A paper published in the scientific journal PLOS One reviewed 274 scientific studies completed between 1981 and 2015 that examined the effects of recreation on a variety of animal species across all geographic areas and recreational activities. Kevin Crooks, a conservation biologist at Colorado State University, said given what we know now, “It might be time to establish limits on public access to protected areas and encourage changes in the behavior of recreationists.”

Though conservation groups continue to point fingers at logging, mining and ranching, they’ve been slow to acknowledge impacts from outdoor recreation.

Last winter, at a U.S. Forest Service meeting in Jackson Hole, Wyoming, biologists noted that backcountry skiing and snowboarding were harming a dwindling, isolated herd of bighorn sheep. Displaying what can only be called a crass attitude, one skier was heard to remark: “Well, the sheep have had these mountains for 10,000 years. Now it’s our turn.”

Justin Farrell, the author of the book Billionaire Wilderness: The Ultra-Wealthy and the Remaking of the American West, grew up in Wyoming, watched it change as big money moved in, and now teaches at Yale. He told me recently, “It’s too easy for all of us to look the other way — a sort of willful ignorance — to not really see and examine the actual impacts of recreation.”

Some recreationists insist on a quid pro quo: They’ll advocate protecting public land only if they’re allowed to use some of it. It’s happened in Idaho over wilderness and recently in debates over how to safeguard wildlife habitat in the Gallatin Range of southwest Montana.

An outdoor industry eager to get its slice of an $800 billion pie helps fuel the rush to the West’s public lands. Farrell says that outdoor-product manufacturers push hard for increased access to public lands in part because more users boost their bottom lines.

Meanwhile, many state tourism bureaus – like those in Montana, Wyoming and Utah – spend millions of dollars advertising national parks and other places that are already uncomfortably overcrowded.

“Critical discussions about recreation are rare because these activities are layered with a thin veneer of innocence,” Farrell said. This recalls a narrative of heedless use that goes back to the 19th and 20th centuries: Exploit a special place until it’s used up and then move on, leaving waste, damage and displaced wildlife behind.

The problem is there aren’t many true wild places left to exploit.

Todd Wilkinson is a contributor to Writers on the Range, (writersontheerange.org), a nonprofit spurring lively conversation about the West. He is the Bozeman-based correspondent for National Geographic and The Guardian and founder of Mountain Journal (mountainjournal.org)