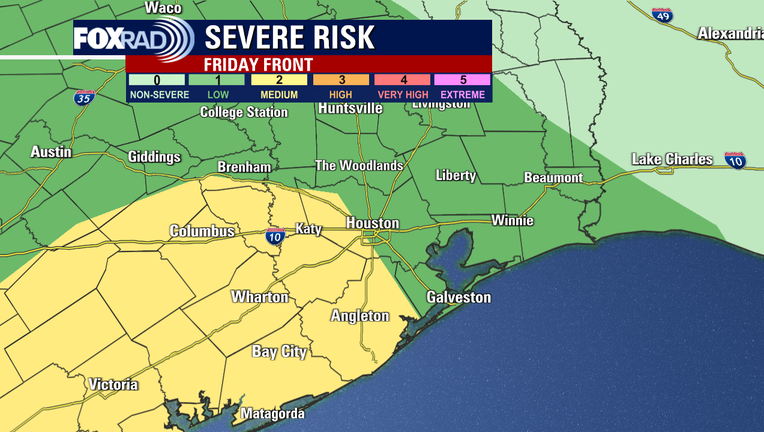 HOUSTON – Let’s play ball…well almost! World Series begins on Friday and the excitement is building. But Mother Nature doesn’t want to cooperate with a big round of rain rolling in Friday along with a severe storm threat.

Timing is critical as fans fill Minute Maid Park with first pitch around 7:03 pm. There’s also the Streetfest during the afternoon before the big game. 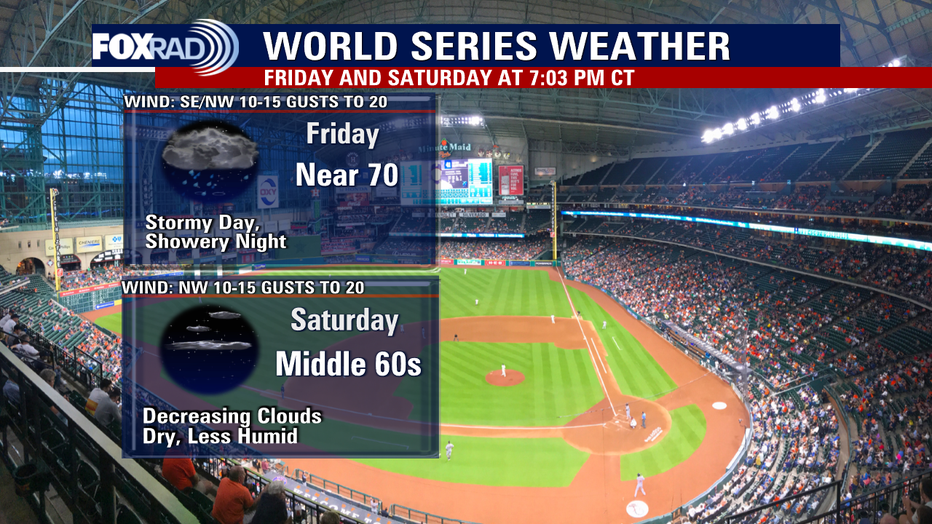 It looks like showers will increase Friday morning with the heaviest rain expected from about 10 a.m. until 4 p.m. This is also the timeframe that a few storms could become severe, with the highest risk just west-southwest of Houston. 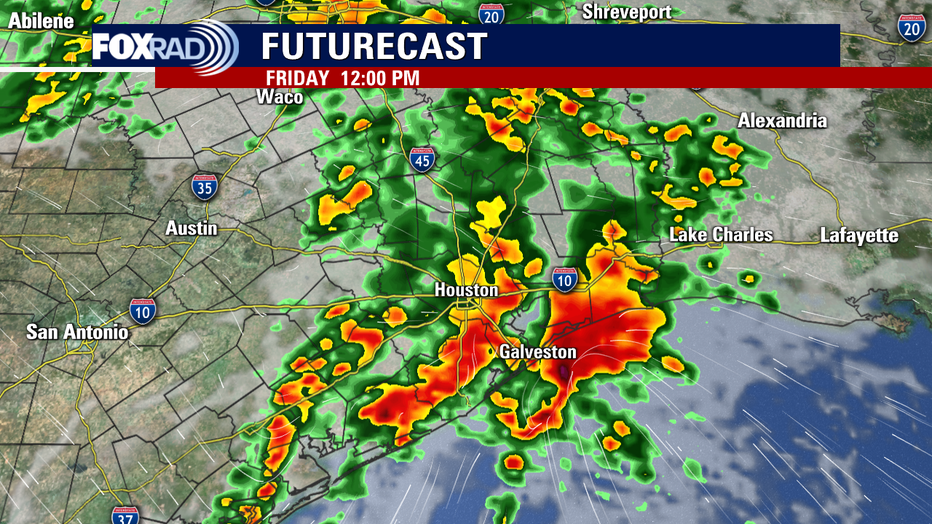 Main threats from storms will be damaging winds of 60 miles per hour, but an isolated tornado can’t be ruled out.

There’s also a small risk for excessive rainfall that could lead to some street flooding. Models are indicating widespread 1-2″ rain totals Friday with isolated higher amounts. 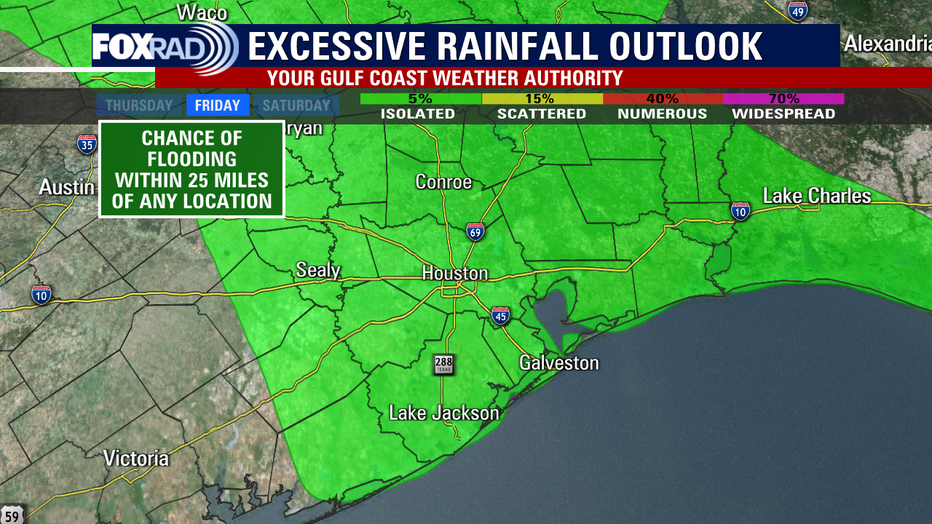 So plan on even slower travel Friday with extra fans in town and wet roads.

The good news is that the severe storm threat should wind down by Friday evening although some lighter showers will linger. 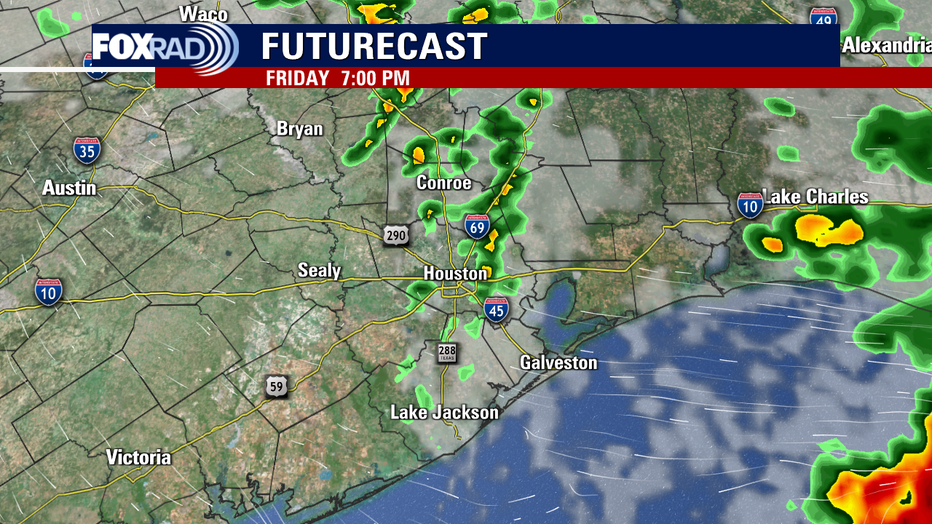 We’ll dry out completely Saturday and Sunday. But the same storm system that will bring us a wet & stormy Friday will bring a big round of rain to Philly Monday, which could cause some problems for Game 3 of the World Series at Citizens Bank Park.

The issue is that Philly’s ballpark does not have a roof and there could end up being some delays or maybe even a postponed game on Monday.

But there is good news for Trick-or-Treaters on Monday in southeast Texas. Weather will be a special treat with pleasant temps in the 60s Monday evening and dry conditions for Halloween parties & trick-or-treating. 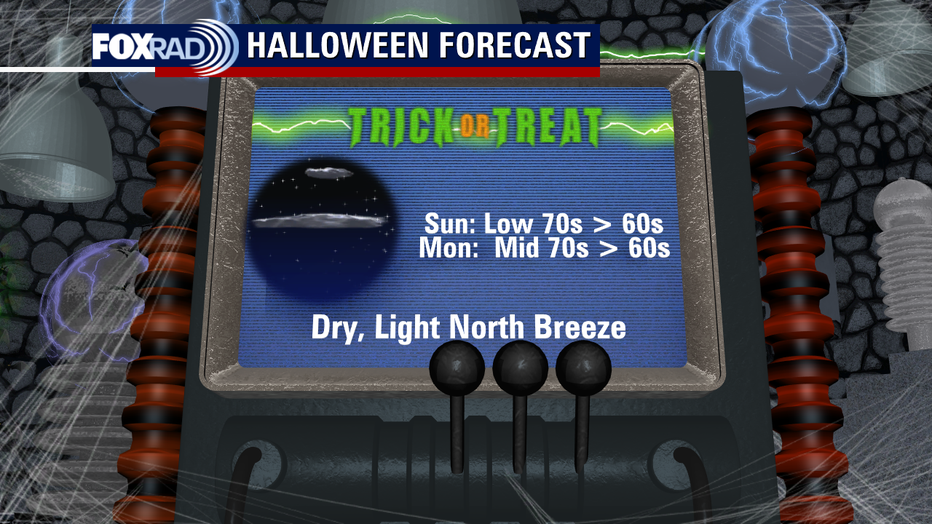