The head of Japan’s travel agents’ association has warned that the post-pandemic recovery of the country’s tourism industry will hinge on whether it can reshape itself to cater to the spending habits of western travellers, in the continuing absence of tourists from China.

With the yen falling sharply against the dollar, Hiroyuki Takahashi, chair of the Japan Association of Travel Agents, told the Financial Times that the industry should take advantage of the situation “to refine our luxury tourism products and sell them to wealthy travellers”.

Data released this week showed Japan received 498,600 overseas visitors last month — more than double the 206,500 who visited in September — after the lifting of all Covid-related travel restrictions. Even so, the number of inbound tourists was still down 80 per cent from October 2019, a year when a record 31.8mn people visited Japan.

One in four travellers in October were from South Korea, while 11 per cent were from the US and 2 per cent were each from Australia, France and the UK, according to the Japan National Tourism Organization.

However, the tourism industry is reeling from the tight curbs on travel imposed by the government in China, which accounted for 30 per cent of annual foreign visitors before the pandemic. Japan had invested heavily to cater for them, hiring staff fluent in Mandarin and dedicating entire floors of department stores and drugstore chains to Chinese tourists.

To make up for their loss, some local towns in Japan are creating new attractions that focus more on outside activities to lure visitors from the US, Europe and Australia. Japan’s southern island of Kyushu, for example, is debuting the Tour de Kyushu, a Tour de France-like cycling race, next October.

Takahashi said there were two types of wealthy tourists — those who wanted luxury shopping and gourmet dining and those who valued more experience-based holidays. He predicted that products such as adventure tourism in Japan’s mountainous areas would increase.

He acknowledged it would be challenging to reach the ¥5tn ($34bn) annual foreign tourist spending target that Prime Minister Fumio Kishida announced last month without tourists from China, who accounted for nearly 40 per cent of Japan’s overall inbound spending of ¥4.8tn in 2019.

Another challenge facing the industry is a severe labour shortage after many travel agencies, transport services, hotels and restaurants slashed staff during the pandemic. 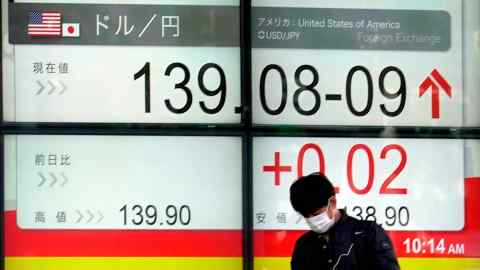 “Hotels and bus companies haven’t been able to receive full bookings even if they have empty rooms and buses because there aren’t enough service staff and drivers available . . . each company carried out restructuring to the extreme,” Takahashi said.

Even before Covid, the industry was notorious for its low wages and high turnover rate. Average monthly pay in the hotel industry in 2019 was ¥266,300 ($1,896), or 21 per cent lower than the average for all industries, according to the health ministry.

There is also an ageing workforce, with 30 per cent of employees in the sector over 60, according to the internal affairs ministry, suggesting an even more serious labour shortage after their retirement in a few years.

In addition, the industry has had to cope with the recent rise in food and electricity costs, with its customers resistant to it passing on the costs. “That is why we need to cater to high-end customers and enhance profitability,” Takahashi said.