Tourism Australia wants to “remind the world why there’s nothing like Australia through the use of recognisable and beloved icons, stunning scenery and warm Aussie characters”, shares Nikki Chapman, group account director at M&C Saatchi Australia Group.

With the tourism sector seeing a strong rebound in demand for post-pandemic revenge travel, the latest Come and Say G’day campaign is targeting out-of-region travellers, high-yield travellers and working holiday makers, according to group strategy director Vanessa Graham. She adds that the campaign brief was to address stiff global competition for the tourist dollar and barriers of distance and cost faced by Australia. “Tourism Australia’s firm goal is on recovery and returning international visitation to pre-pandemic numbers by the end of 2024.”

In 2019, total overnight tourism spend was $126.1 billion, with $80.1 billion coming from domestic travellers (NVS December 2019) and $45.4 billion coming from international travellers (IVS December 2019). Tourism was Australia’s fourth largest export, accounting for 8.2% of Australia’s export earnings, according to TRA, State of the Industry report 2018-19. 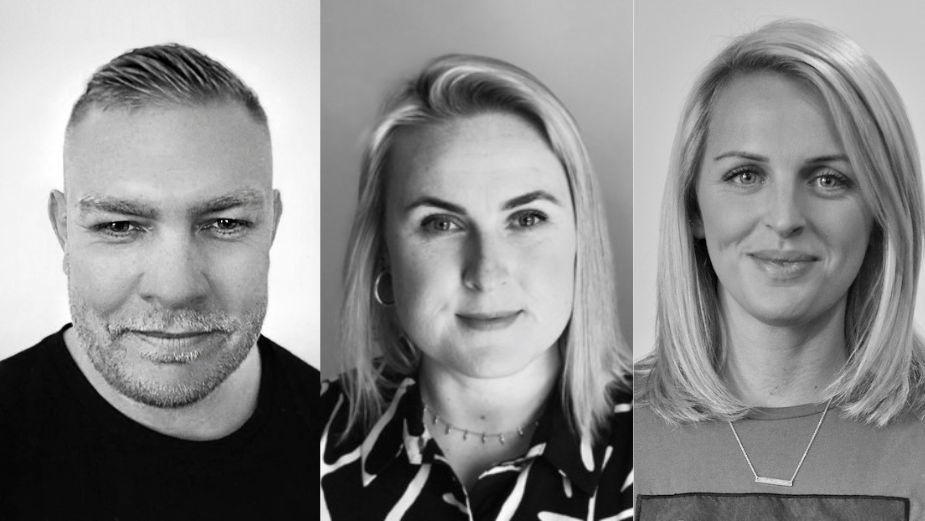 LBB goes behind the scenes with CCO Cam Blackley, Vanessa, and Nikki.

LBB> From an agency perspective, what are the important considerations in tackling a brief for a travel and tourism client in these post-pandemic times?

Cam> We parked leaning into the pandemic. The world had moved on and it was important not to dwell on the negative, especially with a brand like Tourism Australia that shows up as the bright corner of the world with positivity and open arms. We were extremely focused on being the next chapter and finding another unexpected way to show up in a cluttered market.

A second consideration was how do we rewrite the rules of tourism advertising whilst leaning back into distinctive Australian icons and expressions (“G’day”). Those things don’t necessarily make the most compatible bedfellows on the face of it but ‘kangaroos, Uluru, the Great Barrier Reef and Opera house’ are extremely important drivers for consideration. We saw this time and again in research. So, they had to be weaved into the story seamlessly alongside more unexpected destinations and most importantly to us, a strong First Nations presence that gave depth of reason to discover more about Australia.

LBB> From the brief, how did the creative concept come about and what were the considerations in its development?

Cam> There were many ideas on the table and it ultimately came down to a couple of big thoughts. “Come and say G’day” won out because of its simplicity. It’s a time-honoured approach for Tourism Australia to deliver that warm Aussie welcome. It was familiar because Hoges had casually dropped it into his commercials which really pioneered destination marketing. And it was as relevant, if not more so, today as it was then.

With all we had to show and the depth of the welcome we wanted people to feel, a 60 sec television commercial was never going to be the solution. The idea of launching with a short film and a couple of lovable / ownable characters was a no brainer. There was a beautiful ease to the concept of a souvenir Kangaroo essentially acting as a tour guide for the audience, plus it was immediately apparent that Ruby (the roo) would be a remarkable asset that would act as the red thread through over 900 pieces of content.

Equally as important was how do we bring meaningful indigenous creative input into the work at every stage. We are very proud of where we landed, from writers, to choirs, use of the Aṉangu language at Uluru, the remake of ‘Down Under’ with new lyrics and meaning by North Arnhem Land band King Stingray. I think it’s a benchmark for Australian advertising that we can learn from and continue to improve on.

LBB> What was the idea behind the personas of Ruby the kangaroo and Louie the unicorn? How does their appeal lend itself to the targeted tourism markets?

Cam> There were a lot of characters looked at in development but it was really clear that the lead Aussie character had to be a kangaroo because of how recognised and unique they are globally. So, Ruby the kangaroo became our vehicle to invite the world to Come and Say G’day and experience the very best of Australia. Her persona had to embody the Australian spirit and enthusiasm for life without being naive. That was a fine line to tread but we made her aware that Louis isn’t really magic but happy to roll along with him because she genuinely likes his company. I feel like that’s very Australian, we see the best in people knowing full well we all have flaws.

Then there’s Louie, a toy unicorn who unexpectedly finds himself on the shelf in the souvenir shop, misplaced in a box full of emu souvenirs in a shipping error. Choosing who best represents a visitor to Australia was a longer process. We landed on a unicorn because of the magical quality they possess and to avoid favouring one country over another. Louis needed to be a mythical creature, which I love, because tourists in Australia were exactly that during the pandemic. This allows our audience to envision themselves in his shoes and gives our hero Ruby the chance to explain aspects of Australia that international visitors may be interested in. It also keeps the campaign light, joyful, entertaining and fun – what everyone could use a little more of in the current climate. 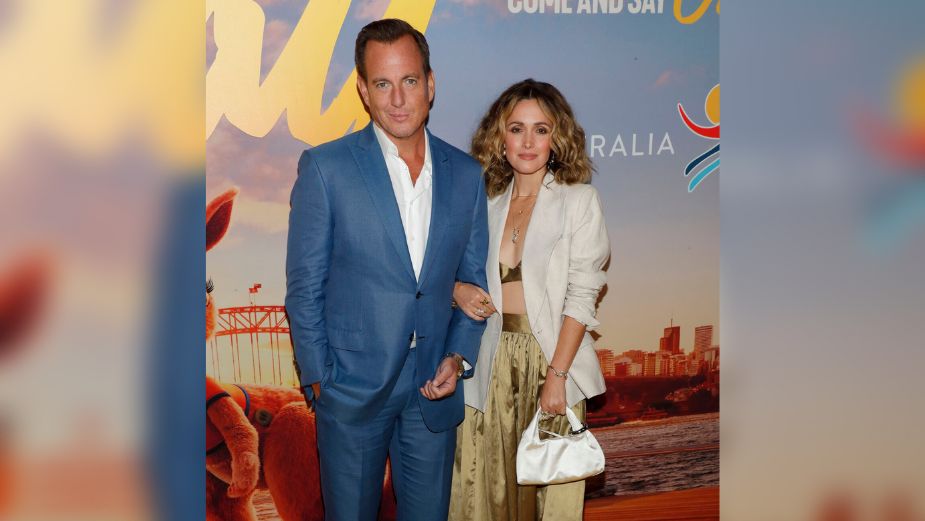 LBB> How was director Michael Gracey selected for the short film and what was the creative brief to him?

Cam> Michael is an incredible and collaborative person. On a job of this length when patience will inevitably be tested, he just had this calm confident vibe that made us all feel like he’d be the perfect partner. He tells a mean story too, there were many occasions when he had us captivated with incredible tales of exploits from his past and I really liked that. I liked the narrative arcs he was naturally telling that if anyone else attempted would just fall flat.

On the technical side, his background in animation proved to be incredibly important when we hit some early speed bumps. He was really well connected and able to get the animation advisor from Peter Rabbit and build a formidable team of animators, and he could speak their language. And to top it off he’s a Hollywood director. He directed The Greatest Showman and he knows how to get the most out of talent and give them the freedom to explore characters.

LBB> What was the directing inspiration and technique behind the film? What was your creative vision and how was it brought out?

Cam> We wanted animated characters living in a live action world right from the get-go because we need to showcase real destinations and experiences. It was critical that we could really make the characters feel like a real toy and a real souvenir with life-like furs and textures, sewn seams and tiny details that you feel rather than are drawn to. From a creative vision point of view that was non-negotiable because we didn’t want viewers to be hung up on the characters but instead to feel that they are truly a part of our world and then they could just enjoy the story.

LBB> What were the considerations in implementing animation and VFX in the short film. Talk us through the studio production, the technology behind it and its significance.

Cam> Time is always the pressure with animation. With a piece like this where individual strands of hair on Ruby and other important life-like details were super time consuming. Then add into the mix stakeholder engagement and we were always on a delivery knife edge. But Finch, our production company and the animation studio were incredibly patient and flexible. They were able to scale up and down really quickly to deliver all the elements that went into the campaign and even a few early sneak peaks for the trailers and soft launch animated billboards in Tokyo.

The third consideration was who (or what) was going to deliver the message in a consistent way across 15 markets in thousands of pieces of content, Ruby (the souvenir Roo) became the ownable, logical, scalable, recognisable and re-voiceable cornerstone of the campaign.

LBB> From a production technology perspective, how was the filming managed? How much of it was on location or in the studio via CGI, virtual production, etc

Cam> The gift shop was created in a studio setting as it just wasn’t practical to be able to get all the rigs and lighting into the actual gift shop on Green Island, all other locations were shot for real on location.

Of course our hero characters are made in 3D and, extensive pre-vis was done prior to shooting for all our locations, and location changes.

LBB> How were the various media platforms layered into this campaign to ensure effectiveness?

Vanessa> Ruby will appear across a range of new campaign assets including TVCs (60’, 30’ and 15’), print, social and digital creative elements, including 3D billboards and high-impact Out of Home (OOH) advertising placements, in a channel mix that has been optimised.

​​Every asset was considered to ensure we were making the most of every placement: 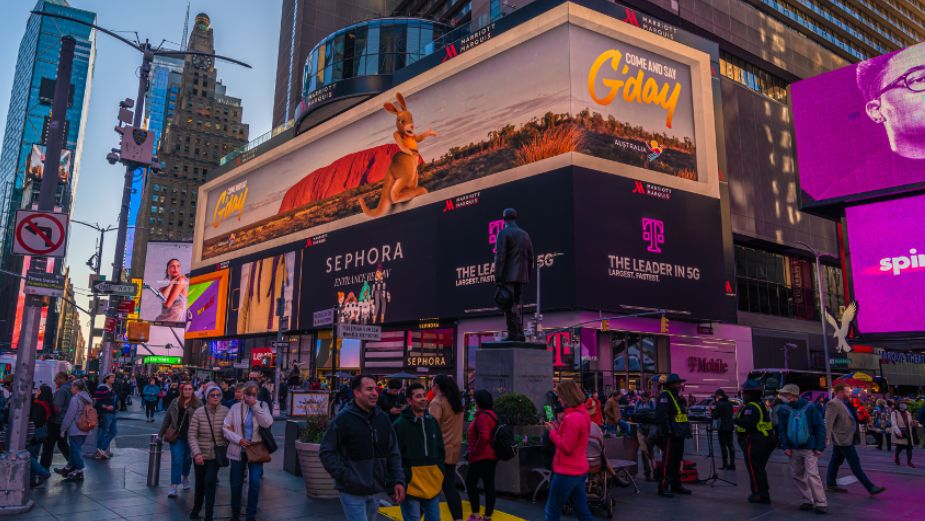 All of these assets featured our distinct brand codes (Ruby, G’day, iconic destinations) and therefore  worked together to drive campaign fame and talkability and drive audiences through the sales funnel to conversion.

Also, application of Attention Reach factors were applied into the analysis to help prioritise channels that get and hold attention. We know holding attention accelerates the effects of marketing investment to shape decisions, accelerate ideas and ultimately drive growth.