Skip to content
An abundance of choice might seem like a good thing at the outset, but in spite of the fact that this is the case it can also overwhelm consumers since they would have a hard time sifting through the various options. Consumers often turn to social media because of the fact that this is the sort of thing that could potentially end up putting their options into context.

With all of that having been said and now out of the way, it is important to note that around 22% of consumers consult social media whenever they are looking for some kind of out of home leisure activity to take part in. By comparison, just 17% of consumer said the same for video games, 20% for groceries and 21% for furniture.

This data comes from a YouGov report that surveyed consumers from 17 different countries. The findings of this survey reveal that social media is an important source of information for consumers who are on the lookout for OOHL activities.

This type of social media usage is especially prevalent among Chinese consumers, 32% of whom scan social media to find out what they can do for leisure. This is ten points higher than the international average of 22%. Spain and Italy come in second with 28% each, followed by India with 26% and Poland close behind with 25%.

Europe in general seems to be a hotbed of this type of usage, although its less prevalent in the UK where just 18% of users go to social media to find something leisurely to do. Denmark and Germany are also going against the trend, with 16% and 13% respectively.

It should come as no surprise that younger people are far more likely to check social media for leisure activities outside of the home than their older counterparts. 26% of people between 18 and 24 did this, with 24% of those between 25-34 saying the same. These cohorts will drive the inclusion of more out of home leisure recommendations on social media, and their proportions will likely go up in the near future. 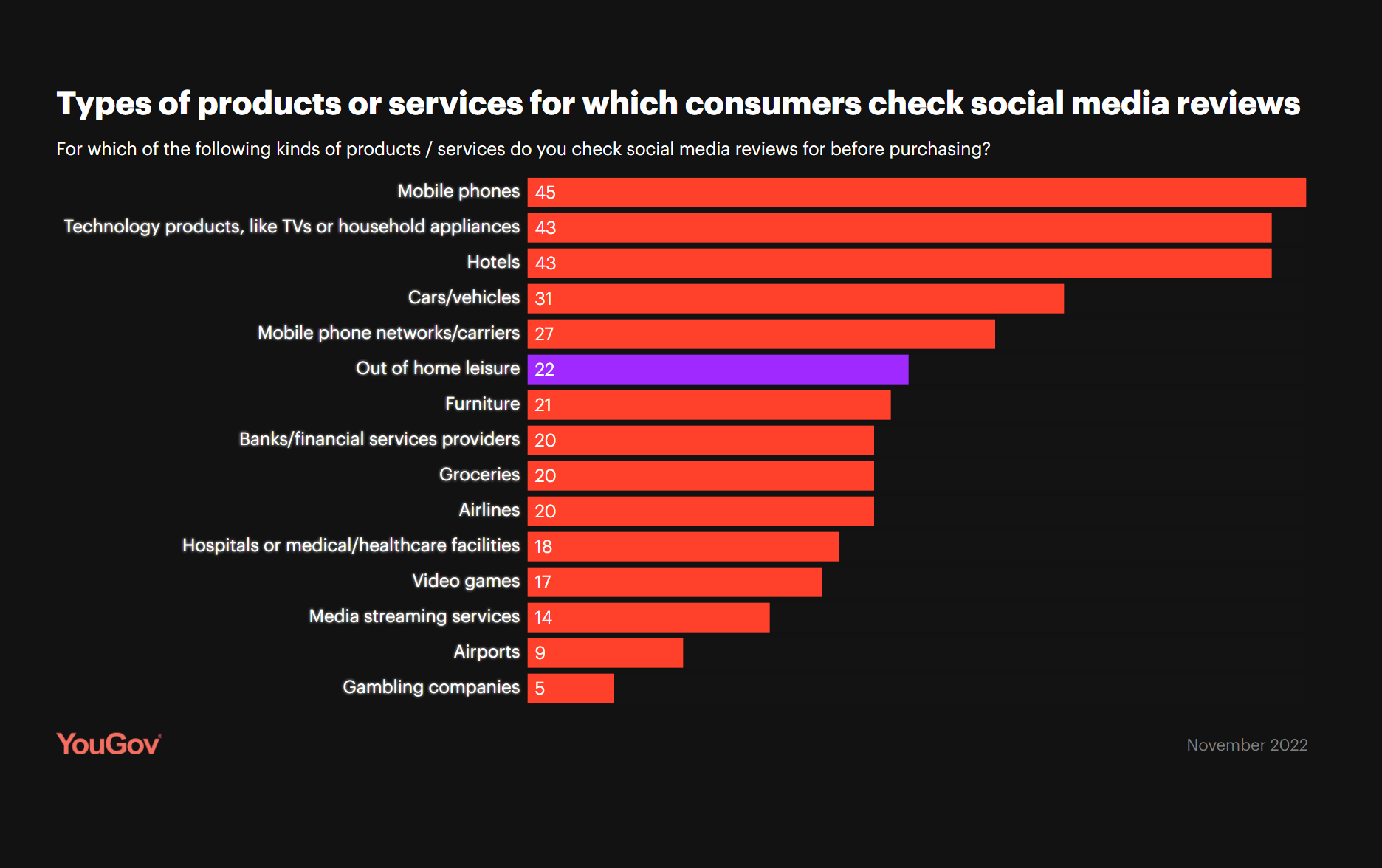